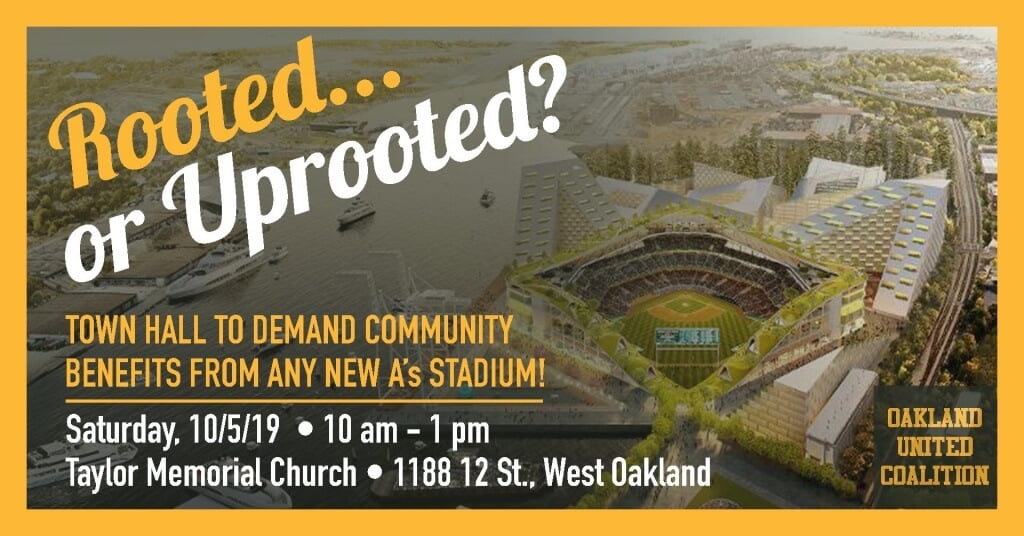 Do you believe that public land should serve the public good? The City and Port of Oakland are considering a new mega baseball stadium complex on public land at Jack London Square. With displacement and gentrification at an all-time high in Oakland, this stadium project – proposed by powerful billionaires – could be a playground for the wealthy and out-of-town tourists, or it could be a community-centered project that creates living-wage jobs for local residents, truly affordable housing, a healthier environment, and vital services that keep existing residents in thriving neighborhoods. It is up to us.

The proposed stadium complex includes a 34,000 seat stadium, 4,000 luxury housing units and an entertainment complex on public land at the Port of Oakland. We and Oakland United – a coalition of residents, workers, faith leaders, and youth – believe that public land and public resources should be for the public good!

Too many long-term residents have already been pushed out of Oakland. Too many families are still vulnerable to displacement. We must act now to make sure any large-scale ballpark development will benefit and not harm local communities that are still here. Join us to ensure “rooted in Oakland” means rooted in community:

We saw how when our sister org, Oakland Rising, lifted up community voices, they helped to persuade decision makers to halt the stadium from moving to the Eastside-Chinatown neighborhoods in 2017, preventing the displacement of our immigrant, student, and working-class neighbors (Learn more). While we are proud that the A’s are Rooted in Oakland, we expect them to be a responsible community partner and to do their part to avoid exacerbating the displacement of our communities. 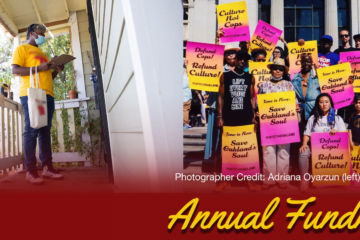