On the 12th anniversary of the Citizens United ruling, it’s never been clearer that campaign finance reform is necessary to tip economic and political power back to the people and give equal footing to all – regardless of wealth. This election year Oakland voters can help pass campaign finance reform in the form of Democracy Dollars – publicly-funded vouchers that allow residents of all income levels to donate to local candidates. Democracy Dollars will also give a more diverse pool of candidates the opportunity to run for public office, and the public the ability to donate to candidates who truly reflect the interests of their community.

This press release is a crosspost from Americans for Tax Fairness.

661 Billionaires Pumped $1.2 Billion Into 2020 Elections—About 1 Out of Every 10 Dollars Contributed As American Tycoons Translate Riches Into Political Clout

WASHINGTON, D.C. – Twelve years after the Supreme Court opened the floodgates to big money in politics with its controversial Citizens United decision handed down Jan. 21, 2010, a new report from Americans for Tax Fairness finds a tsunami of billionaire contributions has been flowing into federal elections.

Translating their wealth into political power, billionaires upped their campaign contributions from a relatively modest $31 million in the 2010 elections (the first held under the new rules) to $1.2 billion in the most recent presidential cycle—a nearly 40-fold increase. Billionaire political donations in 2020 were about double the $611 million in 2016, the last presidential election. [See Figure 1 and this full data set] (The 2020 contributions do not include another $1.4 billion in total contributed by Michael Bloomberg and Tom Steyer to their own presidential campaigns.) The contributions data is from Open Secrets at the Center for Responsive Politics (CRP) and covers donations made to candidates, party committees, PACs, super PACs and 527 groups.

Citizens United allowed for the rise of “super PACs” which unlike traditional political action committees can raise unlimited amounts of campaign cash as long as they do not “coordinate” election activities with a candidate or political party. With these new political vessels available to take on their cargo of cash, billionaires and other wealthy people have been spending more and more on elections.

“On this anniversary of the disastrous Citizens United decision, the escalating campaign donations of billionaires offer the clearest argument possible for why we have to get big money out of politics,” said Frank Clemente, ATF’s executive director. “Weak taxation of the wealthy combined with anemic regulation of campaign fundraising have handed America’s billionaires outsized political influence to go along with their huge economic clout.”

The report finds that almost 40% of all billionaire campaign contributions made since 1990 occurred during the 2020 season. Billionaires had a lot more money to give politicians and political causes in 2020 as their collective wealth jumped by nearly a third, or over $900 billion, to $3.9 trillion between the March beginning of the pandemic and a month before Election Day. Billionaire fortunes have continued to climb since: as of October 2021, billionaires were worth $5.1 trillion, more than a 20-fold increase in their collective fortune since 1990, when it stood at $240 billion, adjusted for inflation.

These campaign donations are a profitable investment: they buy access to politicians and influence over tax and other policies that can save tycoons billions of dollars. While that $1.2 billion “investment” in 2020 was massive, it totaled less than 0.1% of billionaire wealth (and less than one day’s worth of their pandemic wealth growth), leaving almost unlimited room for future growth in billionaire campaign spending.

Go here for a PDF of the full release. 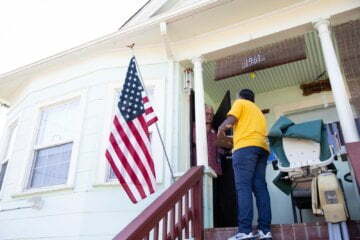