With schools shifting to remote learning, kids from low-income families are falling further behind. Low-income parents tend to work outside of the home in essential jobs like package delivery, food service, and grocery stores. They have the added cost of childcare and cannot be home during class time. Oakland’s school board cannot operate in a silo and must address how income inequality impacts education. With no incumbents running, we have the opportunity to elect a new board that will fight to level the education playing field, close the racial gap, and ensure all children receive a quality education. Our board must push the city and state for an equitable COVID response and recovery; create real budget accountability and transparency; fight corporate privatization; and have a deep belief in upholding public education.

Cherisse is an Oakland parent and grew up in District 3 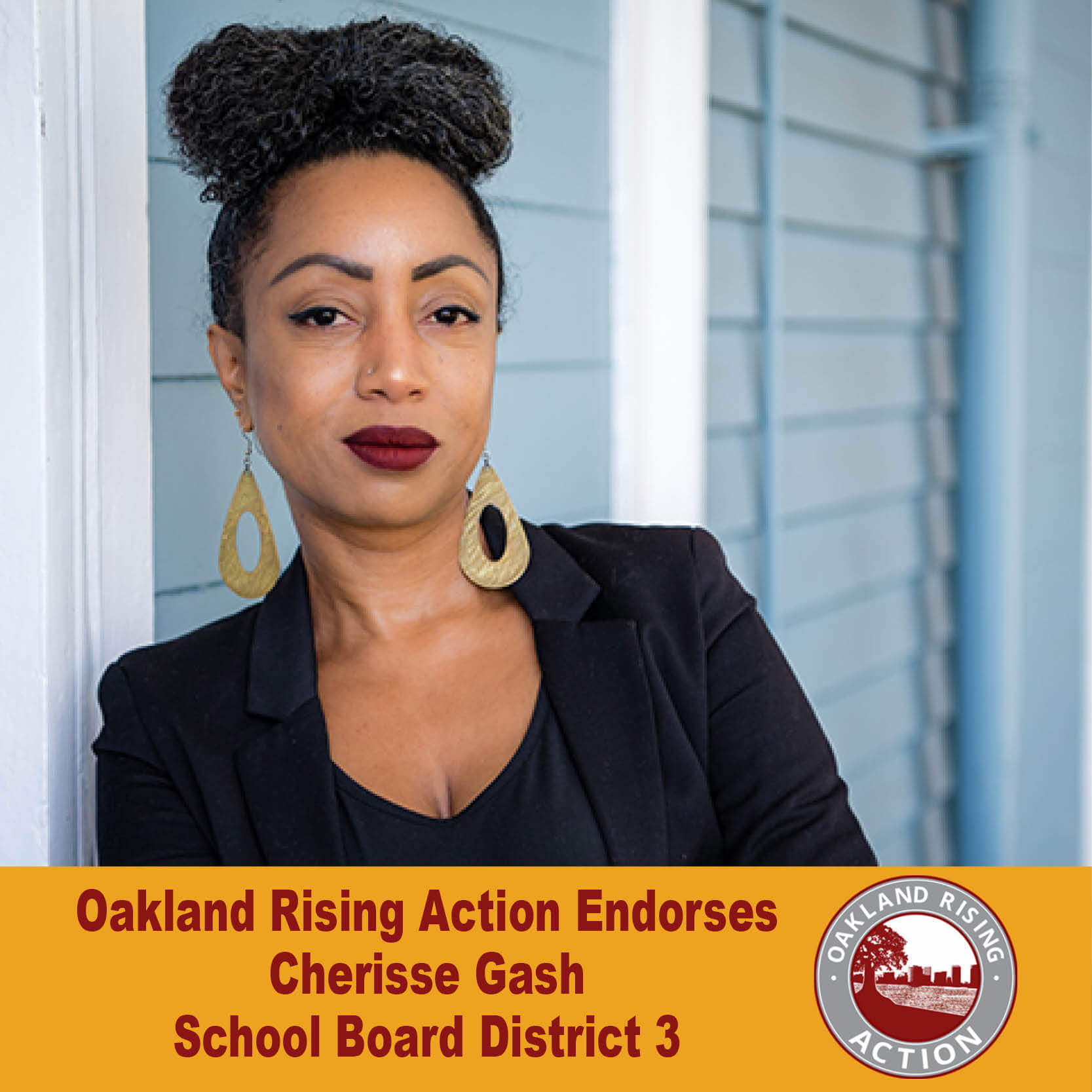 and has deep ties to the community. She has a strong vision and track record of leadership mobilizing parents around school closures. She understands how the privatization of schools has fueled racial injustice and pushed out Black and Brown families. She is deeply committed to keeping police out of Oakland schools, stemming the tide of charter school expansion in the district, and creating complete transparency with the school district’s budget to stop school closures. VanCedric has a long history of teaching and organizing in the Bay Area and is committed to budget transparency and racial justice in Oakland schools. He plans to re-establish trust between parents, teachers, and OUSD, strengthen literacy standards, incorporate ethnic studies into K-12, and build budget accountability mechanisms into the district’s budget process.

It’s true that VanCedric has less experience with Oakland schools than San Francisco’s. But VanCedric’s record shows that he is a leader who knows how to get things done. He has been an active member of unions and advocacy groups including United Educators of San Francisco (UESF), California Federation of Certificated and Classified Teachers (CFT), and the CFT’s Diversity Leadership Committee and Racial Justice Taskforce. If Cherisse and VanCedric win, we could have a progressive majority on the School Board. 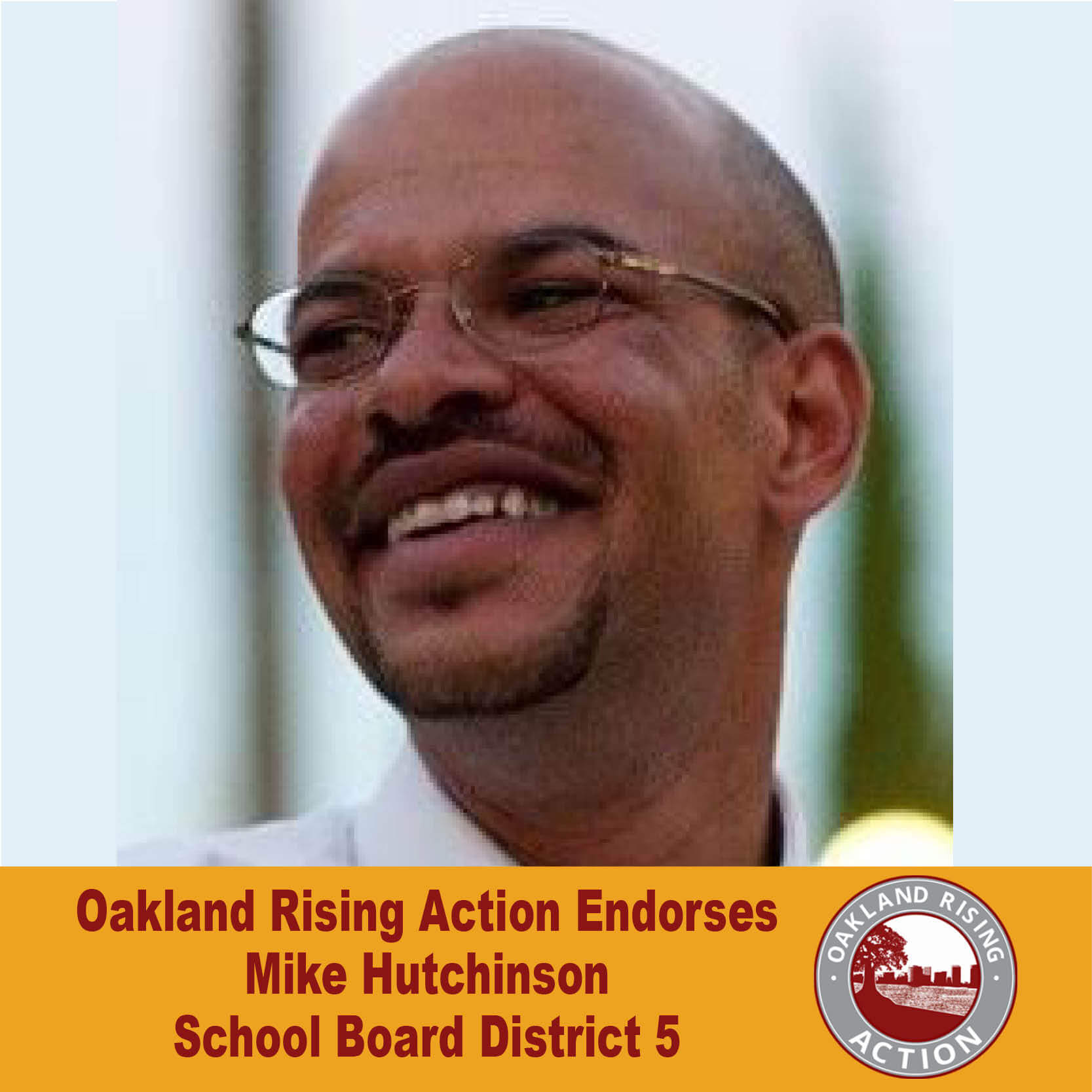 clear vision for addressing the district’s most pressing challenges. Mike believes, and so do we, that our city needs to stop the privatization of our public schools and remove the harmful presence of police officers in the place where our children are learning and growing.

Mike’s platform includes putting a stop to school closures, a full audit of OUSD, and stopping the spread of charter schools throughout the city. Mike’s been endorsed by other leaders that we believe in – like Cat Brooks and Carroll Fife – and none of his opponents have as strong a sustained commitment to our city. 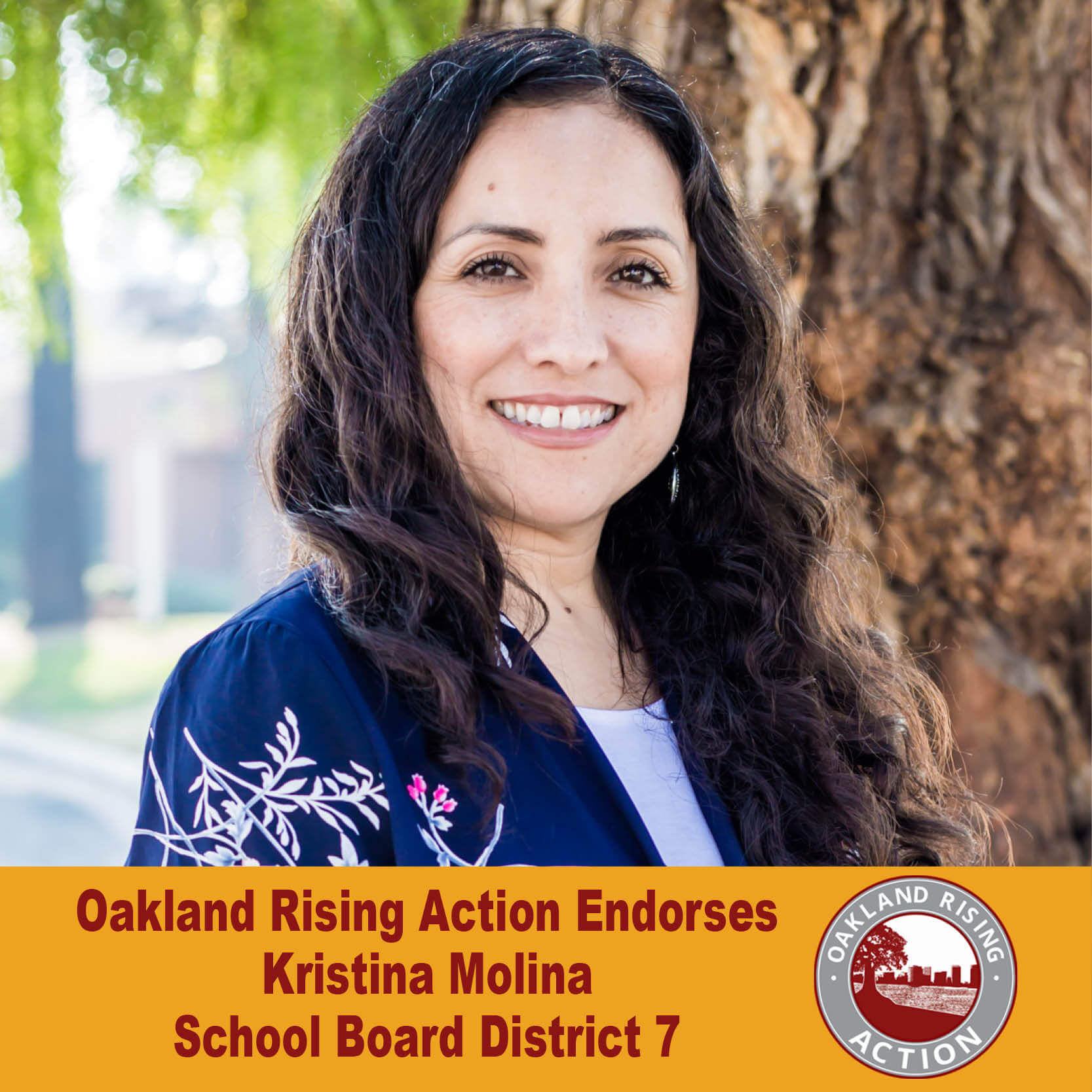 Kristina is a dedicated parent leader and advocate who has won improvements for Oakland schools and will do more if elected. Kristina is a parent of four children in Oakland public schools and an active member of Parent Voice Oakland.

For over 20 years, she has worked to improve the lives of communities of color, women, elders, youth, immigrants, unsheltered, and LGBTQ+ individuals. For example, Kristina created caucuses with community members to reflect the diversity of District 7 and its needs, including a Black caucus, Latinx caucus, parents with special needs in schools, LGBTQ+ caucus, and more.

If elected, Kristina would focus on ensuring clear accountability around the OUSD budget, beginning with an audit. In our opinion, no other candidate compares in terms of values, commitment, and track record. Vote for Kristina. 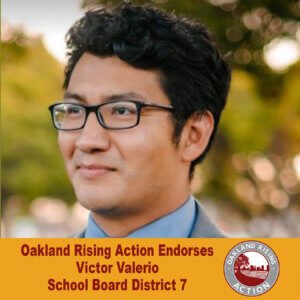 Victor is a proponent of public schools, and he believes we can make public schools more enticing to families by making them better.

Victor grew up in OUSD and has experience with OUSD Budget Oversight, and while we think some of his policy proposals could be stronger, we are impressed with his platform to improve public schools in Oakland, which includes closing the gap on inequity by supporting the most marginalized and at-risk youth, avoiding further school closures in East Oakland, and addressing the digital divide in Oakland schools. 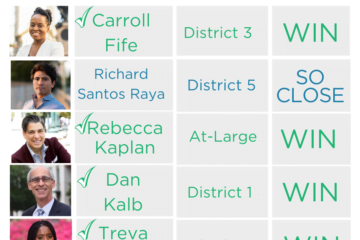 It’s hard to believe the polls closed and election results began to roll in just over two weeks ago. The results locally and beyond reflect the values, questions and concerns that voters have – as well Read more… 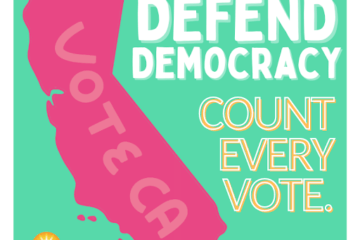 The Fight for Justice & Liberation Continues

This has been a tough year, with many of us hoping yesterday’s election would deliver a people’s mandate for change and justice. Today we take a deep breath, remembering that it may take days or Read more… 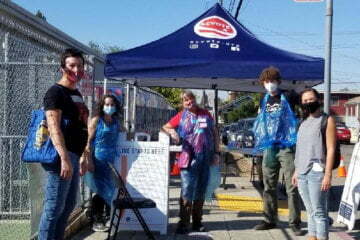 Can you feel the anticipation in the air? Are you feeling anxious about this election? Or have you been thinking this is one election you might sit out? There are only a couple of hours Read more…